Welcome to the new Golden Gate Guards historical archive. We hosted many exciting events during the past 36 years and we have lots of great memories. Since we already have this web site in place we want to share some of our memories with you so we developed this photo archive. Please look around at your leisure, enjoy and reminisce with memories from 2000+ photos of our past events. This archive is a work in progress. Please come back periodically and see what's been added.

Temporarily the old site is accessible by clicking here. 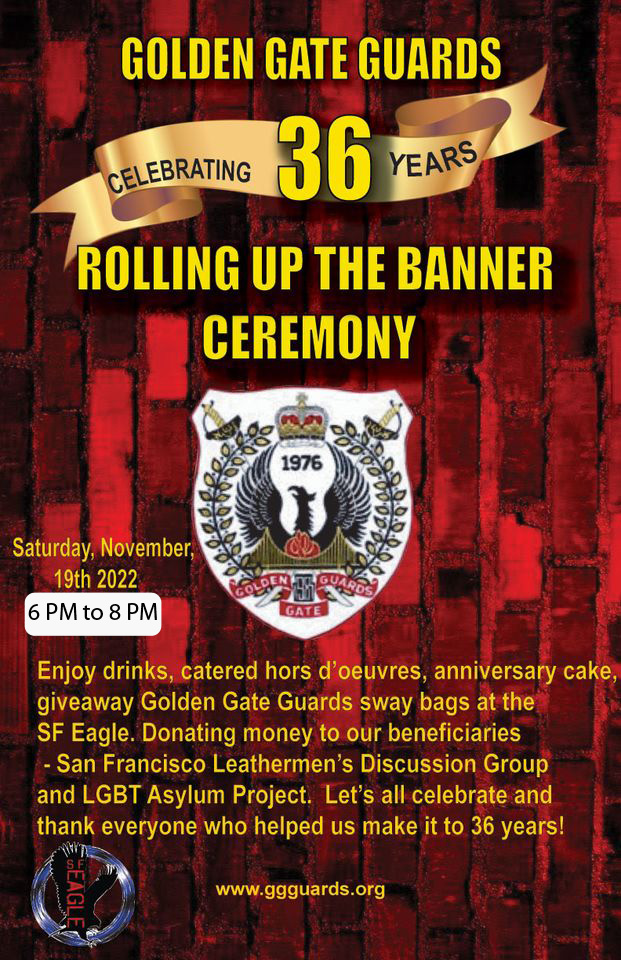 It is with emotional and grateful hearts that the Golden Gate Guards announce we will be rolling up our banner and dissolving the club November 19th, 2022 at our 36th Anniversary Party.

The board of directors decided that after 36 years of community service, fundraising for charities and fellowship with the leather/Levi LGBTQIA community, it is best to retire the club and preserve its legacy as one of the longest active leather/Levi clubs in the San Francisco Bay Area. All remaining active and associate members will go into emeritus status.

Join us for this historic moment on Saturday, November, 19th at 7pm at the SF Eagle as we donate money to our beneficiaries - San Francisco Leathermen’s Discussion Group and LGBT Asylum Project. Enjoy drinks, catered hors d’oeuvres, anniversary cake, giveaway Golden Gate Guards sway bags as we share stories and laughter and celebrate everyone who helped us make it to 36 years.

In order to help us with food planning please contact Jack Goodall at locobear AT comcast.net by November, 9th if you plan to attend. We are grateful and fortunate to have been part of such an amazing community.

In Leather and Love,

The Golden Gate Guards held their 36th Anniversary Party on Saturday, November 19, 2022 from 6 PM to 8:30 PM at the San Francisco Eagle. About 50 attendees enjoyed a catered dinner provided by Don Ramon's Mexican Restaurant. After dinner Roger Sullivan, Golden Gate Guards president, kicked off the ceremonies then called upon Jack Goodall to provide some club history.

Jack first told about how the Golden Gate Guards came about from the Imperial Guards. He talked about how Camp Mendocino was discovered and became the site for the annual runs for 22 years. He described the three story high outdoor set and stage for the second annual run in 1988, Folsom Phantoms & Fantasies. He summarized other Golden Gate Guards events such as Springtime In Yosemite, Golden Dildeaux Awards, and the Leather Cruise.

Next Marc Owens (pony) presented Emeritus badges to the active club members. Pony asked anyone who wanted to tell a story or talk about the club's past events. A dozen emeritus, honorary, associate and active GGG members and friends of the club related some very interesting stories and talked about all the things the club has done. There were some bittersweet moments.

Golden Gate Guards treasurer, Roger Sullivan, presented the club's 2022 Beneficiaries. the Leathermen's Discussion Group and LGBT Asylum Project and had them say a few words about how they would use their donations. Roger will send out the checks this week.

Jack Goodall then asked for a moment of silence and read the list of the Golden Gate Guards Roll of Honor. He then called the active club members to the stage for the Rolling up the Banner ceremony. Roger then closed the anniversary party by thanking everyone attending and those sharing some fond memories. 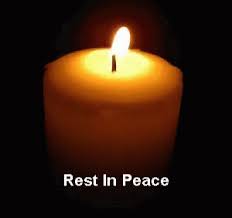 We are sad to announce the passing of a charter member and long time active club participant, Richard "Dick" Manning. Dick was the second club president and served as a club officer for eleven years. He attended many, many club events over the years and performed in a number of the annual run shows. Dick is survived by his husband, Michael Sicard.

You will be missed, Dick - rest in peace!

The Golden Gate Guards wish you and yours the happiest of Holidays and a healthy, happy and successful New Year! 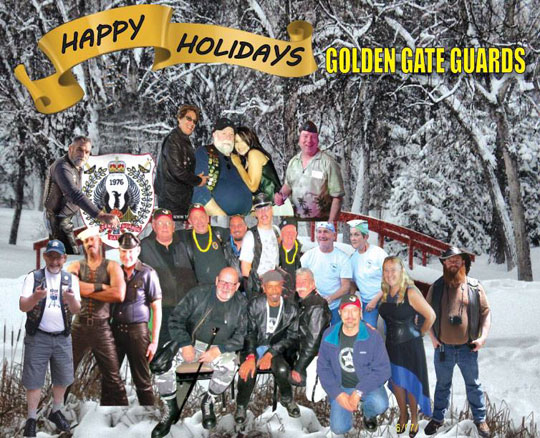 About the Golden Gate Guards

The Golden Gate Guards was a leather/Levi, non-profit 501(c)(3) organization, open to both men and women, serving the San Francisco Bay Area for 36 years from 1986 to 2022. Our purpose was to: 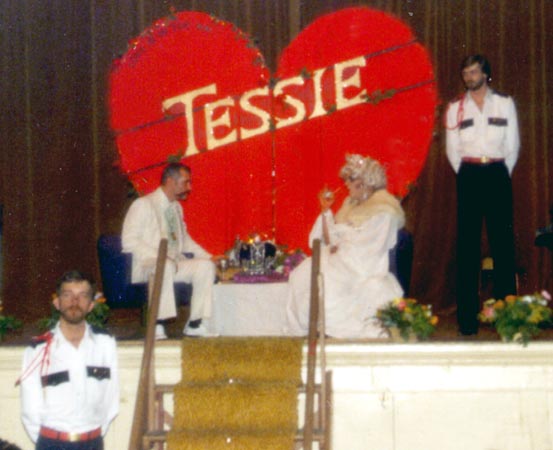 Originally founded in 1976 as the Imperial Guards of San Francisco, the club served as an unofficial liaison between the Imperial Courts and the Leather/Levi's community. Pictured to the right are the Imperial Guards at the 1981 Coronation. In late 1986, with the courts' blessing, we became an independent organization known as the Golden Gate Guards. Pop quiz: name the person standing in the lower left of the picture.

Our overlay paid tribute to our beginnings with both the year (1976) and the Imperial Crown. The year 1987 and the phoenix represents the beginning of the Golden Gate Guards.

Here is a summary of typical events we hosted throughout each year.

For more cherished memories of our past events, peruse this archive using the navigation menu at the top of this page. There are over 2000 photos in the various event sections. Most of the photos were taken by members of the Golden Gate Guards. Some photos were taken by Rich Stadtmiller and have his copyright notice at the bottom right of each photo. Rich has a plethora of great photos of many San Francisco Bay Area leather events from 2000 to 2020 on his website RichTrove Rich is in the process of remodeling his site and a beta 1.0 version is available as RichTrove.com - A Rich Treasure Trove of Leather Images

Please use our Feedback Form located at the bottom of every page to contact us:

We are aware that some of the photo gallery pages are slow to load taking up to 15 to 20 seconds. We are working to improve the loading performance of the slow pages. This archive is a work in progress. Please come back periodically and see what's been added.

Thank you and enjoy!